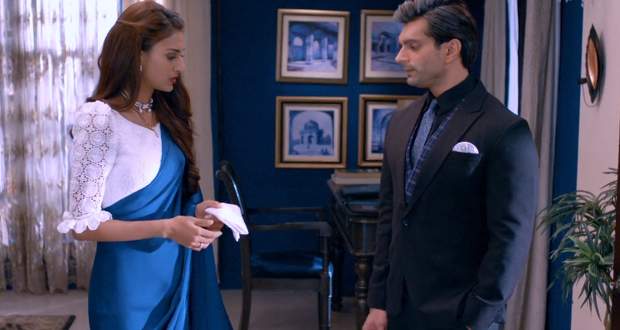 Today's KZK2 3 Sep episode starts with Anurag telling about Rajeev who gave him an offer. He says the guy came with a proposal but he rejected it.

He further says Bajaj wanted to know the tender amount of Basu publication through Rajeev. Later, Bajaj tells Prerna that Anurag has taken a wrong step.

Nivedita thinks she did a huge mistake and that she should have let him leave the house. Meanwhile, Prerna confronts Bajaj about behaving rudely with her.

He says he trusts her while Prerna continues to ask the reason for his ignorance. Bajaj says he didn’t like that Prerna removed his hand during the photograph.

Prerna says she needs time to adjust and feel normal. Bajaj apologizes and wonders why he is saying sorry and is feeling bad for her.

Bajaj tells her he will listen to her and will prove to be a good friend. Later, Prerna and Anurag both come at the same time to talk to the moon.

Anurag hides Prerna when Sharda comes and tells her to stay quite. He decides to distract Sharda so that Prerna’s reputation is not harmed.

Anurag again confronts Prerna and tells her she might be regretting to leave him. A man is watching them from a closed door.