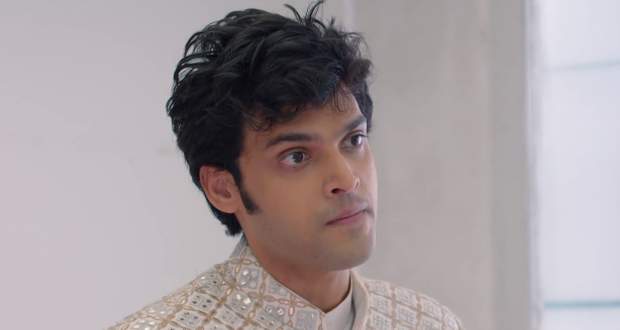 Today's KZK2 3 Sep episode starts with Anurag taking out the fork from Prerna’s feet. Prerna searches online and learns Anurag lied to her about the fork being poisonous.

She confronts him over the phone while the waiters state that the cellar’s door is broken. Meanwhile, Kaushik thinks Kukki is the right girl for him while Kukki leaves as she receives a call.

She is not able to listen to Monu’s confession. Moloy comes there and gives Ronit’s phone to Kaushik as it is password protected. Elsewhere, Anurag reaches the cellar and confronts Prerna.

Prerna thinks he is finding ways to be near her and Anurag agrees to her. Prerna is not able to understand why girls fell for him in the college. Anurag points out that she also fell in love with him.

They share some emotional moments and remember their past memories. Elsewhere, Shilpa warns Shivani about Ronit while Ronit asks her to stay quiet.

Ronit asks Shilpa to click pictures but is unable to find his phone. Later, Prerna remembers the bitter memories of Anurag while Anurag apologizes to her for hurting her.

He doesn’t let her go outside and closes the door. Anurag is sick of pretending and wishes to tell the truth to her. Meanwhile, Moloy thinks of getting the phone hacked.

Komolika is suspicious of Moloy taking someone else’s phone and calls Anurag as well. Elsewhere, Anurag tries to make Prerna understand that he never meant to hurt her.

He says that he hugged her in the bathroom to console her. He further states he tried a lot to stay away from her while Prerna is not ready to believe him.