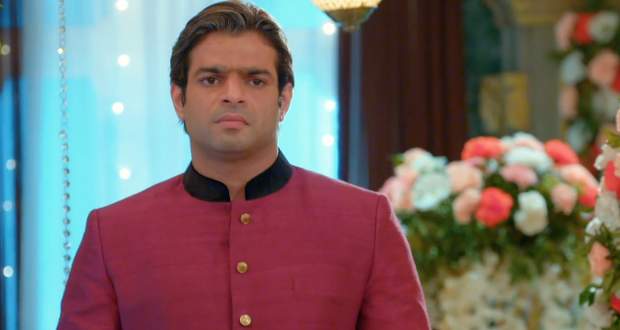 Today's KZK2 4 Aug episode starts with Prerna learning Samidha doesn’t have parents in her life. Meanwhile, Kaushik is shocked that Kukki knew his plan all along.

Kaushik is interested in Kukki and wants her to like him. Later, Samidha gives water to Prerna and talks about her mother. Prerna feels a strong connection with her and misses her daughter.

Mr. Bajaj decides to talk to Komolika about her intentions for the marriage of Shivani and Ronit. Komolika doesn’t give away her plan and is too clever to open her mouth.

Bajaj doesn’t get a clue from Komolika while Shivani feels happy with Ronit. She remembers some bitter past memories as well. Bajaj tells Prerna about his conversation with Komolika and is sure he will find the truth.

Komolika asks Mohini to perform the next move for her. Mohini is happy to do anything against Prerna. Meanwhile, Rakhi asks Moloy about Prerna and Anurag’s relationship.

Moloy knows Anurag is suffering but he stays away from the relations that matter. Shekhar and Suman come at the same time for the engagement.

Shivani puts a ring in Ronit’s finger while Ronit is about to do the same when Mohini interrupts them, shocking everyone.