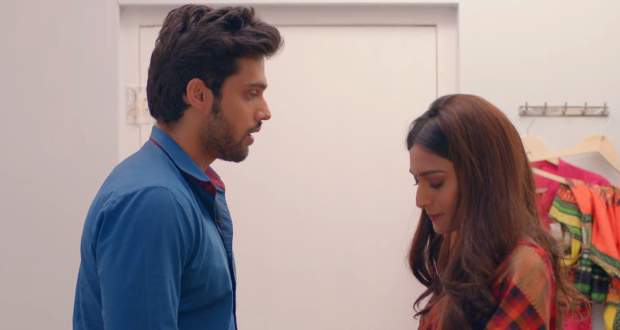 Today's KZK2 4 Feb episode starts with Viraj misunderstanding someone as Jagga. Meanwhile, Prerna and Anurag have a conversation about engagement ring.

Anurag wishes to select the ring for her. Shivani bumps into Jagga but is unable to see her face while later she gets into an argument with Komolika.

Anurag takes Prerna to the jewellery shop to get the engagement ring. The shop owner thinks that Prerna is Mohini’s daughter-in-law and instructs to keep them happy.

Anurag helps put ring on Prerna’s finger and Prerna remembers her past engagement memories. Meanwhile, Veena and Mohini argue over Prerna and her decisions.

Shivani suggests that Prerna has done a lot of things for Basus. Later, Anurag lies to Komolika while Prerna doesn’t pick Viraj’s call.

Anurag takes Prerna into a trial room as he knows Sonalika won’t like them together. Anurag tries to get the ring out of Prerna’s finger and wonders if they are engaged.

Anurag confesses that he came in the mall just to meet her. He doesn’t want Prerna to take him the wrong way but is confused about his feelings for her.

Anurag leaves to get the cream to remove ring while Prerna is happy about Anurag’s feelings. Later, Anurag gets the cream while they get scared when someone knocks the door.