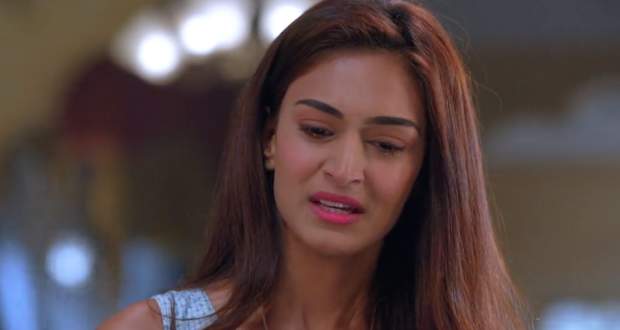 Today's KZK2 4 Jul episode starts with Prerna asking Mr. Bajaj why he wants to marry a girl who loves another man. Mr. Bajaj says she is a rare woman who he wants in his life.

Ronit threatens to kill the lawyer. Another lawyer comes in and assures he will fight and win the case.

Meanwhile, Prerna is wondering what Mr. Bajaj has planned. Her brother confirms Ronit is still alive as Shivani tried his phone which he disconnected.

In the court, proceedings continue with opposition lawyer showing the DNA report. He declares the reports match, and the body is of Ronit.

Judge declares Anurag as the murderer of Ronit shocking everyone. He says the decision will be announced the next day.

Mohini calls out Prerna to do something. She runs straight to Mr. Bajaj’s house. He is pleased to see Prerna. She blames him for playing her.

Mr. Bajaj, after hearing all of Prerna’s accusations, asks her what she wants. She says she will marry him. She warns him she will never trust or love him.

She further says until Anurag gets out of the jail, she will not marry him. She also says the deal will be not easy for him as she is pregnant with Anurag’s child.

In jail, Mohini feels helpless for not being able to save her son. Anurag assures her Prerna will find a way to save him.

Mr. Bajaj accepts Prerna with her child and tells her to get ready for the wedding. She devastated with her own decision.

She comes to jail and hugs Anurag knowing she will soon have to leave him. She assures him he will get out of jail. She cries but doesn’t tell him the truth.

Prerna cherishes last moments as a lover with Anurag knowing she soon has to break his heart.

© Copyright tellybest.com, 2018 & 2019. All Rights Reserved. Unauthorized use and/or duplication of this material without written permission from tellybest.com is strictly prohibited.
Cached Saved on: Tuesday 14th of July 2020 02:27:41 PM