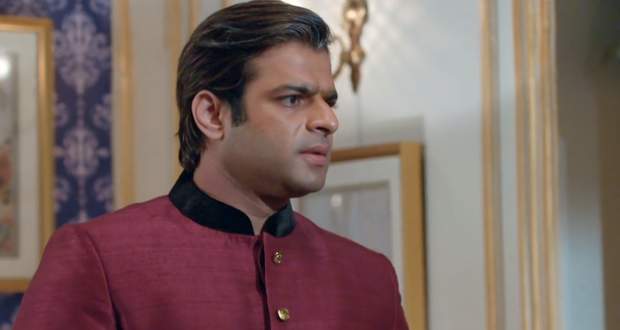 Today's KZK2 5 Aug episode starts with Mohini interrupting the engagement and calling out for Veena’s decision. She asks Veena to give something to Ronit.

She points out that they are a middle-class family and want her to give something precious. She creates a fuss over Veena not giving anything being a girl’s family.

The Pandit also agrees with Mohini while Ronit is ready to leave anyone for her. Bajaj offers to give the CEO position of the Bajaj City project to Ronit as a gift.

Mohini has done everything on Komolika’s demand. Everyone is shocked by Bajaj’s declaration while Komolika thanks Mohini for the help. Nivedita is also shocked by Mr. Bajaj’s unexpected decision.

Kukki and Kaushik start arguing about their families. Meanwhile, Prerna gets upset with Bajaj’s decision while Bajaj explains his decision. He is aware that everything is planned by Komolika and understands her game plan.

Prerna’s family discusses the good nature of Bajaj and criticize Anurag. Elsewhere, Moloy and Kaushik discuss Komolika being behind Mohini’s words. Bajaj comes downstairs and gives the papers to Ronit.