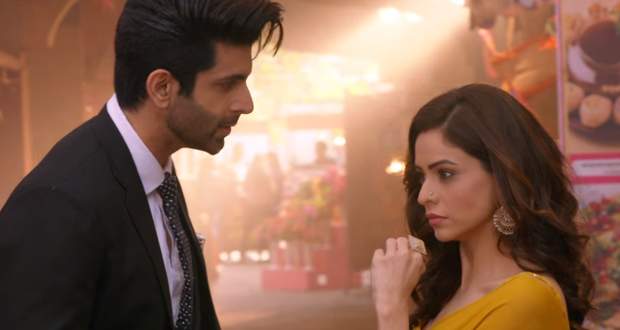 Today's KZK2 5 Feb episode starts with Anupam asking Anurag to come out of the trial room. Viraj also comes there and asks about Prerna. Anurag signs the papers inside the trial room only.

Mohini learns that Anurag was doing shopping with Prerna. She gets angry and asks about Anurag from Anupam. Meanwhile, Prerna comes out of the changing room but has to return inside because of Veena.

Prerna decides to make an excuse but still is happy to be with Anurag. Prerna starts crying while Anurag wants to learn about her feelings.

Viraj and Komolika continue to search for Prerna and Anurag respectively. Mohini is also enquiring from Veena about Prerna and suggests that she knows she is with Anurag.

Prerna and Anurag share a moment and Anurag regains some of his blurred memories. Anurag promises her that he won’t let anyone talk badly about her.

Prerna comes out of the trial room with her saree while Anurag jumps out of the room from the other side. Later, Anurag meets his doctor who wishes to tell him the truth about his treatment.

However, Anurag sees Jagga and runs after him. He asks Viraj to run after her while he stays back to take Prerna home.

Viraj beats up Jagga and asks him why he was not able to kill a pregnant woman. He further reveals that he had to do a lot of drama to get him out of Basu house.

Komolika and Viraj are together on the plan to kill Prerna.

Upcoming season 2 Kasauti Zindagii Ki (KZK 2) episode update: Viraj promises to kill Prerna while Komolika makes a plan to get her into an accident.