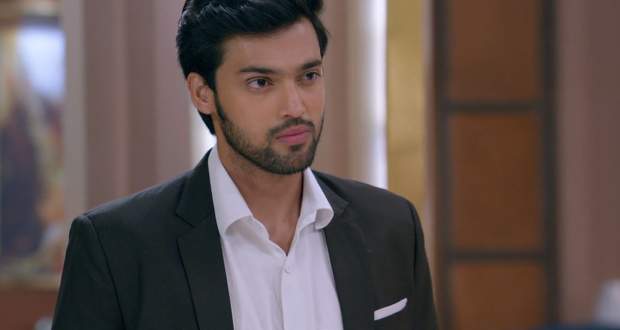 Today's KZK2 6 Aug episode starts with Mr. Bajaj telling Maasiji that he is happy that his daughter is sleeping peacefully. Maasiji says to him that he has made the best decision.

Meanwhile, Anurag gives a proposal of a fifty percent profit to break Mr. Bajaj. All the investors get ready to accept his offer.

Nivedita gets shocked to see what Anurag has planned for Bajaj.

Bajaj is delighted to see Sneha happy and getting mixed up with Prerna. At the same time, they get the news that Anurag has come.

Bajaj doesn’t like Anurag’s presence in the house and tells him to leave. He even calls the security to throw him out.

Anurag says he will be the owner of the house from the next day so they should back-off to save their jobs. The statement shocks Prerna and Bajaj.

Bajaj is not ready to believe that Anurag can take over his properties. Bajaj warns him not to attack him personally or else he will forget about the promises made to Prerna.

Later, Prerna decides to talk to Anurag and make him understand what he is doing is wrong.

Meanwhile, Anupam tells Anurag that Prerna went to Bajaj on his demand. Anurag doesn’t think Prerna is innocent and believes she married him for money. He gets delighted to get a call from Prerna.

Upcoming season 2 Kasauti Zindagii Ki (KZK 2) episode update: Bajaj gets an eviction notice while Anurag says he will leave Bajaj mansion if Prerna returns to him.

© Copyright tellybest.com, 2018 & 2019. All Rights Reserved. Unauthorized use and/or duplication of this material without written permission from tellybest.com is strictly prohibited.
Cached Saved on: Saturday 6th of June 2020 11:31:03 PMCached Disp on: Thursday 2nd of July 2020 02:24:52 PM