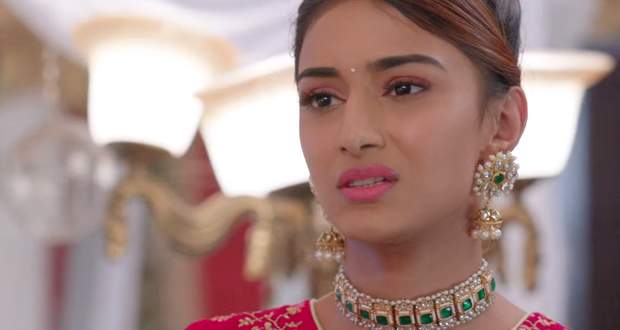 Today's KZK2 6 Dec episode starts with Mohini getting angry at Veena for talking about Anurag’s actions. Veena further accuses Mohini of not thinking about Prerna as she is pregnant with Anurag’s child.

Mohini and Nivedita refuse to accept Prerna’s child as their blood. Veena says she will not let Basus watch the baby’s face till her last breath.

Anurag decides to find out about Prerna’s husband while Komolika tries to mock Prerna. Veena refuses to tell Prerna about Mohini’s thinking and is adamant to keep Prerna’s child away from Basus.

Meanwhile, Anurag is at Sharma house to find a photograph of Prerna’s husband. At the same time, Prerna is sure Anurag will regain his memory and something will trigger his memory.

Anurag asks Prerna to bring announcement papers from the bag containing cash. Anurag enters Prerna’s room through the window to see the photograph.

Prerna is confronted by Mohini who doesn’t want her to bring her family to her house. She accuses her of leaving Anurag for Bajaj while Prerna says she did it to save her son.

Prerna reminds Mohini of her sacrifices for their family while Anurag uses a pin to open the almirah in Prerna’s room.

Upcoming season 2 Kasauti Zindagii Ki (KZK 2) episode update: Prerna is accused of robbery while Anurag arrives to save her.