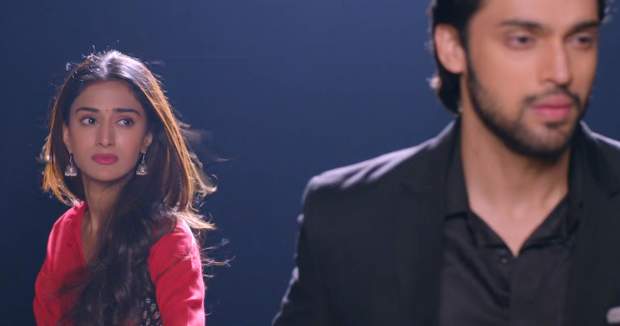 Today's KZK2 6 Jan episode starts with Prerna explaining how she still loves her husband. Viraj is ready to marry her as he also misses his wife.

Prerna is about to reveal the truth about Anurag but Veena gets ill. Viraj asks his friend to come for Veena’s check-up. Later, Viraj says yes for the marriage while Prerna is also compelled to say yes.

Mohini gets happy to learn that Prerna and Viraj’s alliance is fixed. She will ask Anurag to arrange the Tilak ceremony for them in their house.

Prerna gets upset to learn about her Tilak ceremony happening so soon and tells Komolika that she will not let it happen. Prerna is sure that Anurag will realize he loves her.

However, Anurag is there to reveal that he wants to arrange the function at Basu Badi. He can see that Prerna is not happy but is taken away by Komolika.

Prerna sees a bad dream wherein Anurag is leaving her alone. Meanwhile, Anurag is also sure he is about to leave someone close behind.

In the morning, Anurag is restless and wonders why he is not happy. Moloy learns that Prerna is getting married to Viraj and gets shocked.

Mohini wants Moloy to accept the reality while later Viraj and Prerna arrive along with their families. Anurag feels happy to see Prerna and continues to stare at her.

© Copyright tellybest.com, 2018 & 2019. All Rights Reserved. Unauthorized use and/or duplication of this material without written permission from tellybest.com is strictly prohibited.
Cached Saved on: Thursday 30th of January 2020 03:45:42 PMCached Disp on: Thursday 20th of February 2020 05:07:15 PM