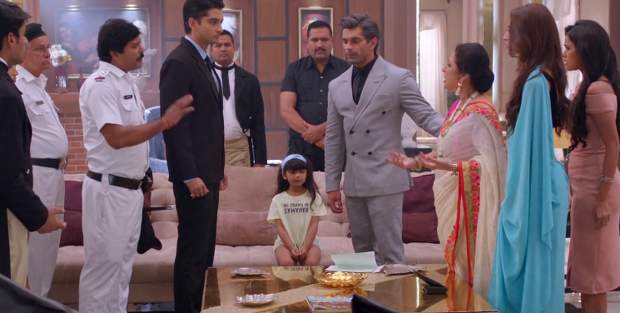 Today's KZK2 7 Aug episode starts with Anurag declaring he will bring back Prerna in his life. He gets delighted to receive a call from Prerna. He ignores her calls and wants to meet her in person.

Prerna calls Nivedita and asks her to make Anurag understand that whatever he is doing is wrong. Nivedita is on her brother’s side and says he is doing the right thing.

Prerna wonders how Sneha will manage without a roof. Meanwhile, Mohini comes to give sweets to Veena and tells her about Anurag taking over Bajaj mansion.

Mohini starts criticizing Veena and her family but Veena tries to explain Prerna has married Bajaj for some helplessness.

Veena throws the sweets out of the house. Later, Nivedita enquires from her mother about her meeting with Veena.

Anurag is all drowned in his emotions and Anupam gets upset with his drinking habit. At the same time, Prerna is worried about Anurag and the consequences he has to face.

In the morning, Anurag’s manager comes along with the police to give the eviction notice to Bajaj. Police says they have orders to get their belongings out of the mansion.

Sneha aka Cookie gets scared with all the drama. Prerna is forced to confront Anurag about his actions.