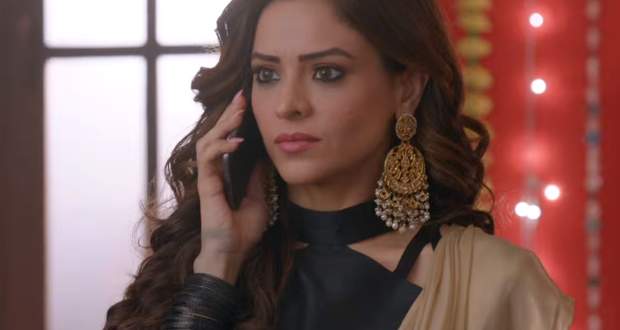 Today's KZK2 7 Feb episode starts with Prerna declaring that Anurag will break her marriage with Viraj. She is also sure that Anurag wants her to wear the ring.

Veena is worried about the arrangements and later Anurag offers his car to her. Komolika overhears this and calls Viraj. She gets mad at him as he is not able to trap Prerna in his love.

Viraj wants her to understand that Prerna won’t love anyone and he is trying to trap Veena. However, Komolika declares that she will kill Prerna on her way to the venue.

Anurag gets close to Prerna and regains some blur memories. He sees himself with Prerna under the red Dupatta of goddess Durga. Meanwhile, Komolika is planning to fail the breaks of Anurag’s car in which Prerna will travel.

Anurag’s memories become clear and he is unable to see he used to care for Prerna. He is confused about his feelings for Prerna and discusses his medicines with her.

He reveals that after taking the medicine, he has started to forget things instead of remembering the. He also says that he didn’t take the medicine the previous day.

Veena arrives in the room and instructs Prerna to get dressed. Later, Daadi asks Anurag to get married to Prerna while Komolika tries to remove the clues from the car.

Upcoming season 2 Kasauti Zindagii Ki (KZK 2) episode update: Prerna gets in the car while Shekhar learns that Prerna’s car’s breaks are not working.