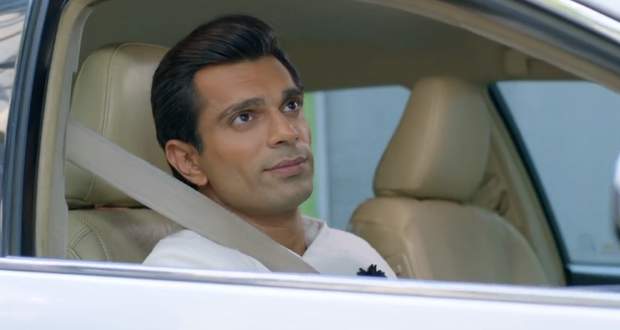 Today's KZK2 7 Oct episode starts with Prerna feeling helpless in front of Goddess and asking for help. Anurag sits with her and asks Panditji to give her blessings.

Later, Kuki hugs Prerna and accidentally removes her Mangalsutra. Bajaj consoles Kuki and says it’s just a part of marriage that can be remade.

Mohini announces about traditional dance and Anurag wishes to participate to seek his blessings. Anurag asks Veena and her family to come to the Pooja.

Bajaj meets some goons and asks them to set him on fire during the dance. He also gives the photograph of Anurag to them.

Later, Anurag thinks Mangalsutra breaking was a sign and then compliments Prerna. He further says he will always be waiting for her to return.

Anurag is not able to get any answers from Prerna while she is confused about her feelings. Bajaj arrives in her room and enquires if she is ok.

Prerna takes Anurag’s name and Bajaj refuses to talk about him. Further, Bajaj shows her some photographs of mansions but Prerna ignores them.

© Copyright tellybest.com, 2020, 2021. All Rights Reserved. Unauthorized use and/or duplication of any material from tellybest.com without written permission is strictly prohibited.
Cached Saved on: Wednesday 27th of January 2021 08:53:37 AM