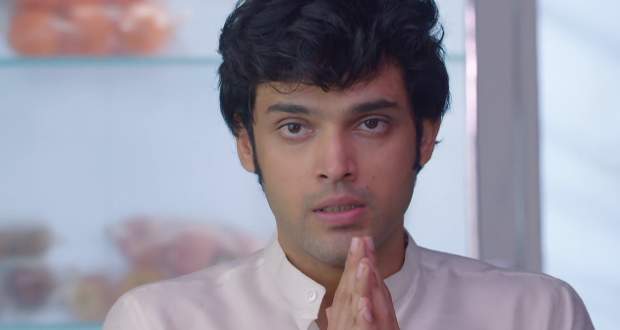 Today's KZK2 7 Sep episode starts with Anurag trying to wake Prerna up. A waiter comes outside the door and Anurag explains to him their situation.

He asks him to bring help and tries to wake Prerna up. Meanwhile, Komolika enquires about Anurag and learns that he is not even with Nivedita. She later learns that Anurag is in the cellar with Prerna.

Anurag is not able to wake Prerna up and is forced to give her CPR. Prerna wakes up and gets shocked to see Anurag so close to her. Prerna gets mad at him while Anurag is relieved.

Prerna confronts him about the demolition of the orphanage while Anurag is confused as he has not ordered anything. Anurag asks her to look in his eyes and decide if he can actually do it.

Shivani, Mahesh, and Komolika reach near the cellar to get Anurag and Prerna out. Prerna again gets unconscious while the mechanic opens the door.

Komolika gets shocked to see Anurag close to Prerna. Anurag takes Prerna in his arms and takes her to the room. He gets worried for Prerna while Komolika fumes in anger.

The doctor states Anurag has saved Prerna’s life by providing her oxygen. Later, Komolika confronts Anurag while he asks if Prerna is feeling better. Elsewhere, Prerna wakes up and asks about Anurag.

Prerna wonders why Anurag is behaving so oddly and saved her life. She is suspicious about Anurag’s intentions.

© Copyright tellybest.com, 2018, 2019, 2020. All Rights Reserved. Unauthorized use and/or duplication of this material without written permission from tellybest.com is strictly prohibited.
Cached Saved on: Thursday 26th of November 2020 09:43:36 AM