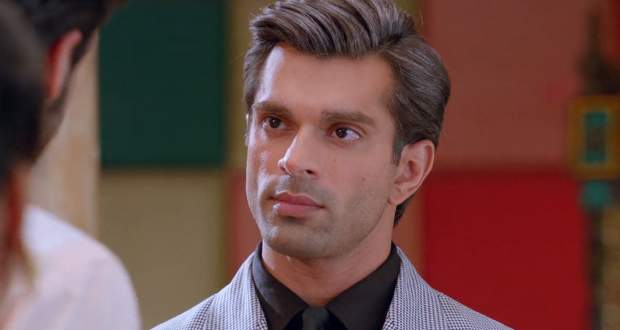 Today's KZK2 8 Aug episode starts with Anurag asking Prerna to leave Bajaj and come back to him. Prerna, on the other hand, requests to stop the eviction.

Mohini and Nivedita get angry to see Prerna but Anurag tells them to leave him alone with her. Prerna again requests to let the family members of Bajaj stay in that house.

Anurag says he will let them live there but she has to come live with him in his house. Prerna gets disappointed with Anurag and says she is not an object.

Meanwhile, Mohini is happy with Prerna’s condition while Anupam blames Anurag for acting just like Bajaj. Anurag is adamant to bring Prerna back in his life.

Prerna blames herself for Bajaj’s family getting evicted and Cookie aka Sneha tries to cheer her up. At the same time, Maasiji tries to clear the differences between Tanvi and Prerna.

Bajaj comes to meet Anurag at the Basu house. Anurag behaves rudely with him and asks him to inform before arriving at his house.

Anurag informs him that Prerna already came before him to request for his family. Maloy is brought in the living room and Mohini introduces him to Bajaj. He gets shocked to see him.

© Copyright tellybest.com, 2018 & 2019. All Rights Reserved. Unauthorized use and/or duplication of this material without written permission from tellybest.com is strictly prohibited.
Cached Saved on: Thursday 30th of January 2020 03:46:04 PMCached Disp on: Sunday 23rd of February 2020 10:50:24 PM