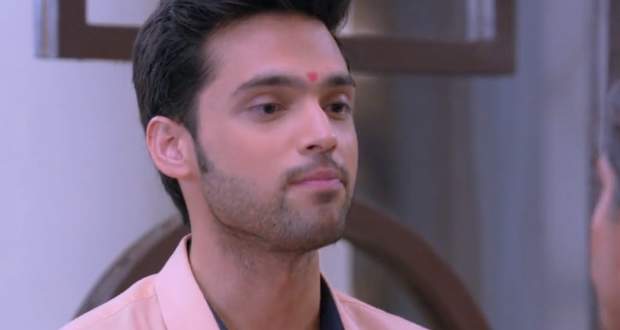 Today's KZK2 8 Jul episode starts with Anurag and Mohini praising Prerna when she comes at the door. Mohini welcomes her at the doorstep.

She learns that Anurag has preponed the marriage and thinks that same day, she has to get married to Mr. Bajaj.

Ronit comes to blame Mr. Bajaj for exposing his reality. Mr. Bajaj tells him he is going to get married to Prerna. He gives him a visa and money to get settled in any part of the world. Ronit leaves while warning he will come back to take his revenge.

Meanwhile, Pandit tells Anurag about some rituals to be followed before marriage. Anurag tells Prerna that the problems they are facing are due to their incomplete marriage ritual done at the temple.

He says he wants to put Sindoor, but Prerna says she will do it herself. He shocks her by rubbing off the Sindoor and assures her that it is necessary to clear their half marriage during the Hawan.

He also removes the thread he had tied in their incomplete marriage. Prerna gets shattered to learn her half marriage is even over.

Nivedita comes to show the wedding invitations, and Prerna gets emotional.

Later, Anurag goes to Bajaj Mansion to invite Mr. Bajaj. He wishes Anurag luck and assures he will come if the marriage takes place.

He further tells Anurag he is also getting married but secretly, as wished by his would-be wife.

Meanwhile, Prerna is heartbroken as she can’t marry the love of her life. She receives a call from Anurag telling her he is missing her, which further breaks her. She tells him whatever she has done is for his good.