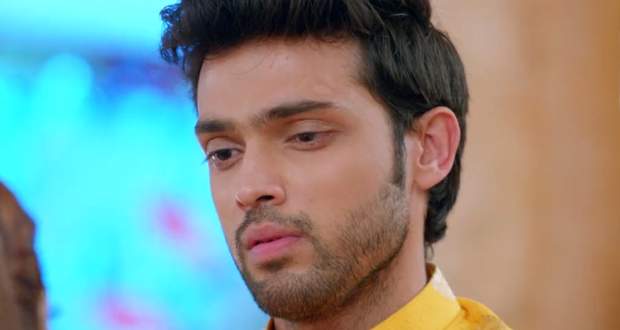 Today's KZK2 8 Oct episode starts with Veena giving blessings to both Prerna and Anurag. Bajaj says this time Durga Pooja will be special as he will perform traditional dance along with Anurag.

Bajaj stays with Prerna’s family while Prerna wonders if she can get what her heart desires. She asks for help from the goddess.

Anurag also stands near her and both relive past memories. At the same time, goddesses’ Chunri falls straight on their heads in the same way as before.

Anurag says the goddess also wants them to be together. Prerna remembers her promise to Bajaj of staying loyal and again avoids Anurag.

Bajaj wants Anurag to stop and warns him not to push his limits. Meanwhile, Sharda thinks she should do whatever Bajaj says and gets ready to patch up with Veena.

Later, Anurag saves Prerna from falling while Bajaj doesn’t like their closeness. Mohini announces dancers have arrived to entertain everyone.

The dancers start their performance while Bajaj’s goons are also present among dancers. Anupam joins in dance and later Prerna also dances to the beats.

Mohini also joins the dance while Shivani talks to Anurag. Bajaj listens to their conversation and says he will answer everyone at the same time.

© Copyright tellybest.com, 2018 & 2019. All Rights Reserved. Unauthorized use and/or duplication of this material without written permission from tellybest.com is strictly prohibited.
Cached Saved on: Friday 31st of January 2020 10:36:02 AMCached Disp on: Tuesday 18th of February 2020 03:06:50 AM