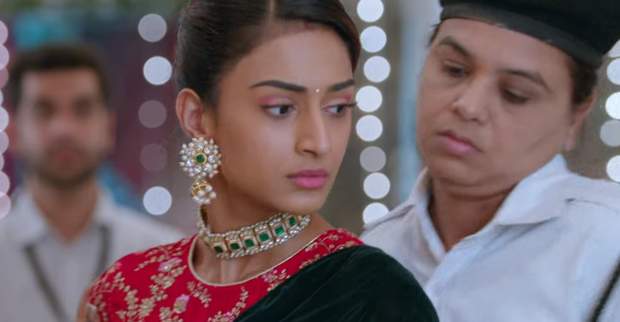 Today's KZK2 9 Dec episode starts with Prerna reminding Mohini that she saved Anurag for only love. Veena and Shivani witness their conversation while Prerna wants Mohini to beware of Sonalika.

At the same time, Sonalika aka Komolika starts shouting that they have been robbed. She further accuses Prerna of taking the money.

Mohini wants Anurag to return from his important work. Veena decides to take Prerna out of Basu house while Mohini says nobody will leave until police arrive.

Meanwhile, Anurag is about to see his photograph with Prerna when Shivani calls Anurag and asks him to return as soon as possible.

Mohini and Komolika continue to insult Prerna while Anurag calls Mohini and asks her not to call the police. Komolika starts accusing Veena of being the mastermind.

Veena can see the shadow of Komolika in Sonalika. Later, the police arrive at Basu Badi and Mohini tells them that Prerna and her family have stolen money.

Anurag drives the car really fast and he hits a car. The owner gets angry and takes him to the police station to claim the insurance.

Prerna is about to get arrested when Anurag arrives to save her.

Upcoming season 2 Kasauti Zindagii Ki (KZK 2) episode update: Prerna asks the police to check their house for money while Anurag is about to see his photo with Prerna.