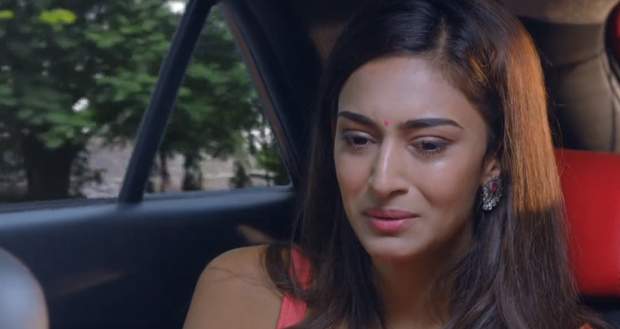 Today's KZK2 9 Jul episode starts with Anurag having a conversation with Prerna over a call. They both watch the moon, and Anurag says the moon will now act as a mediator for their future conversations.

Mr. Bajaj throws the invitation of Anurag and Prerna out of the window.

In the morning, Prerna is preparing herself to face the harsh reality and accept the fact that she can’t have to leave Anurag no matter how much she loves him.

Mr. Bajaj calls Prerna to remind her about their wedding. Prerna assures she will reach his house. He proposes to attend Anurag’s wedding together.

Veena comes to enquire about the phone call, but Prerna lies that it was from the parlour.

She hugs her mother and starts crying. Veena takes it as a sign of her departure from the house, but Prerna is shattered about something entirely different.

She bids goodbye to her room and belongings and takes a photo of her family along.

Meanwhile, Anurag is confused about what to wear at the wedding. He argues with Anupam about whether he should go in the car or on the horse.

He calls Prerna to confirm what she wants. He finds Prerna’s voice upset, but she assures everything is fine.

Anurag asks her the question of how he should come for the wedding. She answers with the same preference as him.

Prerna reaches Mr. Bajaj’s home with her belongings. Mr. Bajaj celebrates his victory while Prerna assures him he will never get a place in her heart.

He says he doesn’t care about feelings and emotions and just wanted to add Prerna to her collection as she is rare.