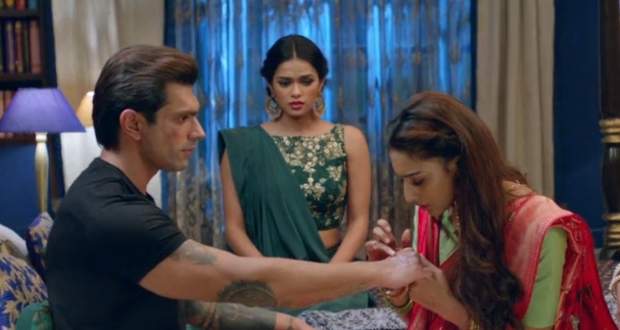 Today's KZK2 9 Oct episode starts with Anurag taking pictures of Prerna while dancing. Shivani sends Anurag to enjoy and dance while she starts making the video.

Anurag starts playing the dhol while later Bajaj also joins him. Further, they start with the traditional dance with lamps and Bajaj’s clothes catch fire as planned.

Bajaj catches the man and asks him who has sent him. The man takes Anurag’s name shocking Prerna. Meanwhile, Basus wonders who has done it while Anurag’s uncle accuses Anurag.

Bajaj lets go of the man and do drama of being nice. Later, Bajaj wants Prerna to treat her wounds.

Prerna applies medicine to his burns and Anurag gets hurt to witness the scene. Meanwhile, Mohini wants to talk to Anurag but they are interrupted by Kumud.

Kumud wants to know if Bajaj married Prerna for Kuki while Anurag also understands their real reason for getting married.

Prerna talks to Bajaj about Anurag and says she can’t help her feelings.