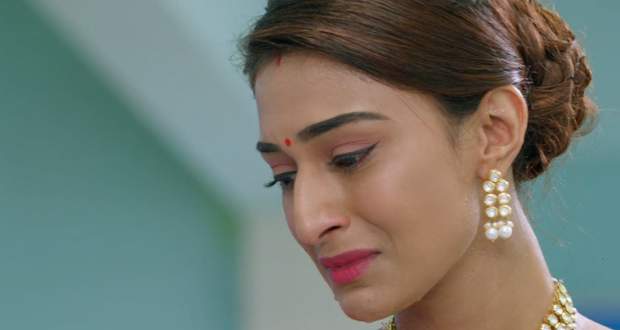 Today's KZK2 9 Sep episode starts with Prerna running from the Basu house shouting the name of Anurag. Shivani sees Anurag and rushes to help him.

Bajaj is still sitting in the car when Shivani sees him. He runs away in his car while Mohini wonders why Prerna rushed in such a state.

Some people help Shivani in getting Anurag inside the taxi. Later, Prerna reaches the site of the accident and comes to know about Anurag’s accident.

Meanwhile, Shivani takes Anurag to the hospital but delays in filling the form. Prerna comes in the hospital and the receptionist is not able to find Anura’s name.

At the same time, Maasiji is pleased with Prerna rushing to help Anurag. She says Rishabh will not forgive Prerna when he will know the reality.

Prerna gets a feeling that Anurag is in the same hospital and later finds him in a room. Prerna signs in the place of Anurag’s wife.

The doctor informs Prerna that his condition is critical and they need to operate as early as possible. Anurag keeps on taking Prerna’s name in an unconscious state. He holds her hand and doesn’t let go.

© Copyright tellybest.com, 2018 & 2019. All Rights Reserved. Unauthorized use and/or duplication of this material without written permission from tellybest.com is strictly prohibited.
Cached Saved on: Saturday 1st of February 2020 01:43:56 PMCached Disp on: Sunday 23rd of February 2020 10:28:56 PM