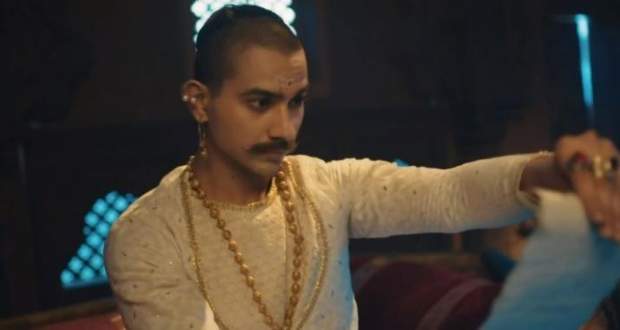 Today's Kashibai Bajirao Ballal 10th May 2022 episode starts with Kashi standing at the front of the courtroom while Radha berates her for trying to punish Chimaji.

However, Kashi says that he is punishable for the loss of the dead soldiers and further solidifies her statement by saying that their situation was a lot more favorable than Sindhis.

Kashi announces that she is punishing Chimaji by ordering him to return to the war against Sindhis and prove himself by becoming victorious or being martyred.

However, fearing for his brother, Baji opposes Kashi's decision who at last leaves the decision to the public.

The public agrees with Kashi after which she informs Chimaji that he will have to return victorious at all costs.

Later, in a fit of rage, Radha goes to Kashi with a sword and is about to attack her when Baji stops her.

Baji talks to his mother and tries to convince Kashi to stop her decision but she stays adamant.

As a last resort, Radha announces that she will not take in any grain of food until Kashi accepts her injustice and leaves followed by Baji.

Later, Baji is practicing while Kashi comes there and he asks her if she wants to kill Chimaji.

However, Kashi tells him that she wants to save Chimaji as they both smile at each other mischievously.

Flashback shows Kashi telling Baji that she wants to help Chimaji regain his self-esteem and asks him to act against him in front of others.

At night, Kashi feels upset seeing Radha refusing to eat while Baji comes there and tells her that he was waiting for her at the diner.

Feeling helpless, Kashi informs Baji about her unsettling feeling due to Radha not eating and reveals that she also hasn't eaten anything since the morning.

Amused at Kashi's childlike emotions, Baji assures her that he will feed Radha and successfully proves his words by feeding Radha with his manipulation.

Later, Kashi praises Baji as they feed each other remembering the same scenario when they were children.

To get to know more, download Kashibai Bajirao Balal all episodes or watch online today's (10 May 2022) latest full episode, go to zee5.com