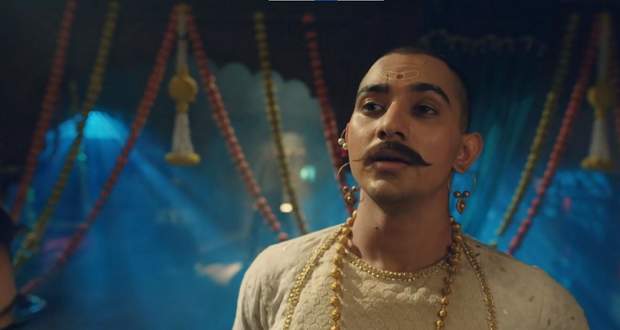 Today's Kashibai Bajirao Ballal 13th May 2022 episode starts withChimaji returning to the Badi and shouting that Kashi is a witch and that she should be dethroned.

Kashi gets happy hearing those shouts while Baji worries thinking about how society will react to Kashi’s tactics.

Later, in the courtroom, Kashi accepts the allegations made by Chimaji and reveals that she did it to increase Chimaji's self-esteem.

Chimaji still doesn’t believe her after which Baji vouches for Kashi saying that he also knew about Kashi’s plan.

Further, Kashi reveals that Chimaji returned to the palace after escaping from the three best soldiers of their army which shocks Chimaji himself.

However, Radha says that Kashi is still at fault for attacking Chimaji while he falls to Kashi’s feet and praises her for giving his life a second meaning.

Later, Ganga stops Kashi from entering her room and tells her that Baji is doing something special for her.

Kashi gets curious and tries to enter the room while Baji hears the commotion and tells Kashi to come inside.

Kashi gets shocked seeing all the accessories and outfits while Baji says that he got them for her.

Meanwhile, Suryaji tells a servant to inform Baji that there is an attack but gets hesitant after learning that Baji is spending alone time with Kashi.

Kashi tells Baji not to surprise her anymore when Baji tells her that his next nine days will only be hers which excites Kashi.

Kashi starts shedding tears of happiness saying that she feels as if all her dreams are coming true.

Baji asks her about her dreams when she reveals that she wishes to live a normal life.

Feeling romantic, Baji hugs her and tells her that they cannot let go of their responsibilities but can steal some moments for themselves.

Baji tells Kashi that he has some work and leaves for the night with the promise to return in the morning.

Suryaji tells Baji about the attack and tells him that he should check on the location but Baji refuses saying that he has made a promise to Kashi.

To get to know more, download Kashibai Bajirao Balal all episodes or watch online today's (13 May 2022) latest full episode, go to zee5.com

© Copyright tellybest.com, 2020, 2021. All Rights Reserved. Unauthorized use and/or duplication of any material from tellybest.com without written permission is strictly prohibited.
Cached Saved on: Friday 30th of September 2022 07:39:56 PMCached Disp on: Saturday 1st of October 2022 12:12:49 AM