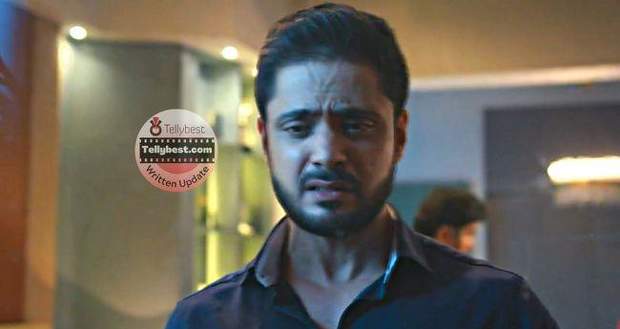 Today's Katha Ankahee 23rd January 2023 episode starts with Katha coming to the school where Aarav always wanted to get admission and talk with the principal about Aarav’s admission.

The principal goes through Aarav’s writings and drawings and get impressed to see Aarav’s artistic skills.

Katha tells the principal that Aarav has always wanted to attend a school like a regular child and she is glad that he is getting the chance.

However, the principal says that they have two problems that need explanations before they admit Aarav to their institution.

The principal asks Katha how Aarav will manage to socialize with others in the school after spending his whole life alone till now.

Katha tells the principal that Aarav is a very social person and is friends with everyone in their colony solving the first problem.

The principal asks Katha how Aarav will compete with others in the academic race as he has attended only play school.

Katha tells the principal that she has educated her son well all throughout these years and asks her to give him a unit test for his age group.

Meanwhile, Ehsan enters Viaan’s office and asks him where he was the whole night as he, Tejji, and Farah were getting worried.

Viaan apologizes to Ehsaan for disappearing while Ehsan says they did not know what Katha was going through.

Seeing Viaan in a depressed mood, Ehsan says that all of them have guilt but Viaan is taking the guilt a bit too seriously.

Ehsan asks Viaan if Katha came to him for help but Viaan fails to tell him anything.

Meanwhile, Aarav gives the test inside the principal’s office while Jenny calls Katha and asks her to come to the office to hand over her project to others and do the formalities.

Katha asks Jenny if she can email her everything but Jenny tells Katha that she has come to the office herself.

Katha agrees to visit the office while Neerja asks her where her bosses got to know about Aarav's case.

At the same time, Kavita shows Reet the clay Ganesh that Aarav made on his own and says that handmade gifts hold a special place in her heart.

Reet tries to gaslight Kavita by asking her where Katha got such a huge amount when she is just a mere architect.

However, Kailash comes and tells Reet that a mother can do everything to save her child, and doing something is better than not even trying.

After Kavita and Reet leave, Kailash regrets his words toward Katha as he watches the clay Ganesh.

On the other hand, Aarav passes the exam and Katha tells the principal that one has plenty of time when their whole life comes to a pause due to cancer.

Neerja and Aarav plan the lunch in a restaurant while Katha comes to the office to do the last formalities before leaving the job.

© Copyright tellybest.com, 2022, 2023. All Rights Reserved. Unauthorized use and/or duplication of any material from tellybest.com without written permission is strictly prohibited.
Cached Saved on: Wednesday 25th of January 2023 08:45:59 AMCached Disp on: Sunday 5th of February 2023 04:30:46 AM