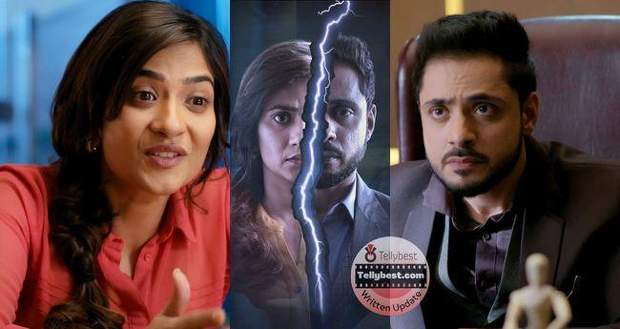 At first, Dr. Amit tells Katha that though Aarav’s transplant is successful there is something else in a serious tone but when he notices the scared look on Katha’s face, he informs her that she needs to change her slipper with sports shoes to run with Aarav.

This confuses Katha and she faints but Dr. Amit tells her that she needs to thank him which brings a big smile to Katha’s face.

Katha even starts dancing on the seat while yelling that now Aarav will be able to play cricket like other kids and do whatever he wants.

Looking at Katha’s excitement, Dr. Amit orders her to calm down and Katha questions him if she can take Aarav home now.

In reply, Dr. Amit tells Katha that they need to keep Aarav in the hospital for some time and walks away.

After Dr. Amit leaves, Katha tells Falguni happily that they have won against cancer while Falguni grins with tears in her eyes.

Katha even calls Rewa to give her the good news who also gets extremely happy and exclaims that this is the best news for her.

After cutting the call, Katha finds a nurse taking Neerja away in a wheelchair and expresses her gratitude to Neerja for her help.

Neerja tries to say something but Katha silences her by saying that she will raise Aarav to be a good man who will know that he has two mothers which make Neerja emotional.

Afterward, when Aarav opens his eyes, he gets surprised to see Katha with a drawing and Katha tells Aarav that he has gotten a new life today.

While showing the drawing book pictures, Katha emotionally tells Aarav how they need to plan life at each step with tears in her eyes.

However, due to weakness, Aarav goes back to sleep and Katha kisses his forehead when the relief washes over her.

On the other hand, in Garewal’s house, Kailash tells Kavita that Katha has refused the money for Aarav’s treatment which surprises Kavita.

While Kavita exclaims that Katha is brave for arranging the money, Kailash looks disturbed recalling how he rudely behaved with Katha when she asked him for the money.

Kavita then tells Kailash that they need to make amends with Katha and give Aarav the love of his grandparents but Kailash looks unconvinced.

Kailash even informs Kavita that everything is ruined now but when Kavita urges him to explain, he orders her to stay happy with the news of Aarav’s recovery.

Meanwhile, in the hospital, Katha calls her friend Nishat to inform him about Aarav’s successful surgery and Nishant urges Katha to bring out her folder of happiness to chase them.

Nishant even praises Katha for not losing her job which pauses Katha.

After the call, Katha calls her former boss who tells Katha that she has gotten a new freelancing job but Katha asks him if he has any permanent job for her.

Hearing this, the owner tells Katha that he will look for it and cuts the call.

Afterward, Ahsan calls Katha to urge her to meet him so they can sort out the problems since he has rejected her resignation letter.

Meanwhile, Viaan collides with Amrita who informs him about Katha rejecting Pyramind offer which surprises Viaan.

Amrita even urges Viaan not to let employees like Katha go as she is very loyal.

© Copyright tellybest.com, 2022, 2023. All Rights Reserved. Unauthorized use and/or duplication of any material from tellybest.com without written permission is strictly prohibited.
Cached Saved on: Wednesday 25th of January 2023 01:26:19 PMCached Disp on: Sunday 5th of February 2023 04:12:37 AM