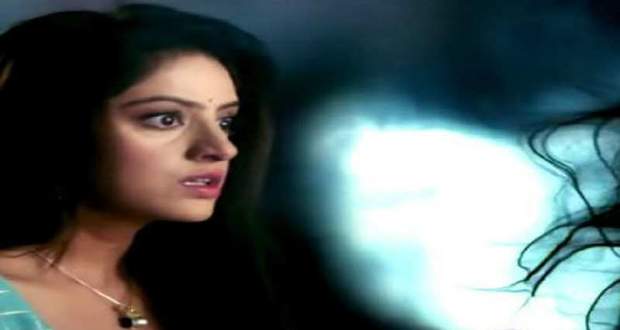 Today's Kawach 2 10 Aug episode starts with Aastha getting in trouble and calling for help. She tells Sandhya someone is under the car. Sandhya finds a small boy under the car and deduces him to be Prem.

She informs about it to Angad. They take him to a counselor who tries to talk to him. She informs Sandhya and Angad that the kid is not normal.

The doctor proposes to do some medical tests before giving custody to Sandhya. Later, a caretaker tries to tease Prem while Prem calls for his mother.

The lights start fluctuating and soon Saakshi comes to kill the caretaker. Meanwhile, Sandhya is worried about her son and gets mad at Angad for calling him a problem.

In the morning, the doctor finds the dead body of the caretaker. Sandhya comes to meet Prem and she thinks he is calling her Maa but he can see Saakshi.

Later, the doctor informs that Sandhya’s sample matches that of Prem. Sandhya also finds out about a dead body being in his son’s room the whole night. She decides to take him along with him.

Saakshi comes in the room and gets mad at Prem. She punishes her son and leaves. Meanwhile, Sandhya is trying to get permission to take Prem home.

Sandhya comes to know about Prem’s wounds and gets mad at the doctor. She decides to take him home.

Prem comes home and cuts Angad’s father’s hand. Malini calls him a wild animal. At the same time, Prem reaches Jolly’s room and gets caught by him.

Saakshi also comes in the room to save her son. Jolly gets out of control to see her as only he can see her.

Upcoming Kavach season 2 episode update: Malini wants Prem out of the house as he is like an animal.