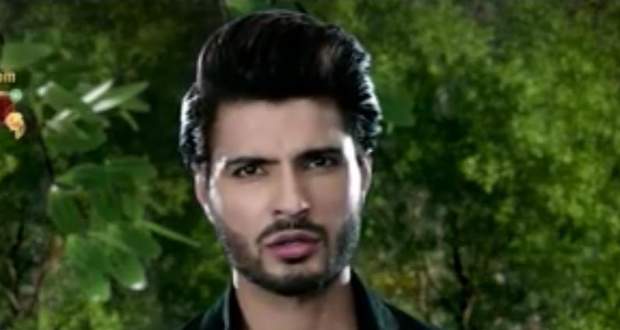 Today's Kawach 2 14 Jul episode starts with Sandhya preparing to set herself on fire. Angad comes out to saves her. He washes her burns and says sweet things to her.

They both share happy moments, but Angad realizes it’s time for Kapil to come back.

Sandhya takes Angad in the temple to talk where Kapil can’t reach. Angad reveals Kapil has killed Ashutosh and they are going to kill some other people as well.

He apologizes to his mother for Kapil’s deeds. He leaves the temple as it’s time for Kapil’s arrival. Kapil tries to enter his body but does not succeed.

Sandhya comes in the room and reveals the Rudraksha necklace has protected Angad from Kapil.

Sandhya uses a mirror on her set of keys to see Kapil. He threatens to destroy her family but Sandhya is adamant about saving it.

She reveals everybody is wearing the Rudraksha and he can’t do anything.

They both discuss the connection between Kapil and their family while Sandhya reveals she has seen his photo in the house.

She gets sick but tells Angad not to tell anyone. There is also a small handprint shown on her stomach, indicating she is pregnant.

Later, everybody starts celebrating the anniversary of Angad’s parents. Angad and Sandhya perform on romantic songs.

Meanwhile, Kapil is planning something to revenge Sandhya.

Upcoming Kavach season 2 episode update: Rishi shoots Sandhya while Kapil threatens Angad to remove the Rudraksha or else he will attack Sandhya.