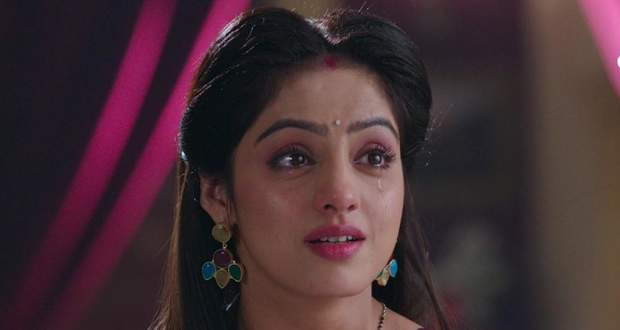 Today's Kawach 2 15 Sep episode starts with Rekha saying something bad is going to happen and the light goes off. Sandhya asks everyone to come in the hall while Balraj gets attacked.

Angad comes in Jolly’s room and others in the family also get nail marks on their body. Angad has transformed into a very fast creature who attacks everyone with nails.

They start searching for Angad while he marks everyone with nails. Kartik thinks it is Rekha and shoots her in the stomach.

Angad makes everyone believe Rekha is the one possessed. Sandhya is adamant to help Rekha and takes her to the hospital.

Sandhya deduces Rekha is not possessed and gets worried for Prem. Rekha says Bhau has planned something really wicked while Kartik says Pandits were also killed.

Rekha informs about Pishaach who has possessed someone. Malini goes into Angad’s room and sees him in the form of Pishaach.

Rekha says it is difficult procedure to remove Pishaach and that they go only when the human gets dead. Angad comes in Jolly’s room and attacks him.

Jolly gives him a sedative injection which makes him unconscious. Later, he gets out of control and everybody wonders who is possessed.

Malini lies that Jolly got out of control that is why he attacked Angad. She tells only Balraj about Angad and tells him not to tell anyone.

Malini acts like she is the one possessed and goes to eat meat. Sandhya tells about some auspicious fast of Shiva to get blessings to remove the Pishaach.

© Copyright tellybest.com, 2020, 2021. All Rights Reserved. Unauthorized use and/or duplication of any material from tellybest.com without written permission is strictly prohibited.
Cached Saved on: Monday 29th of November 2021 07:35:33 PMCached Disp on: Wednesday 1st of December 2021 02:12:11 PM