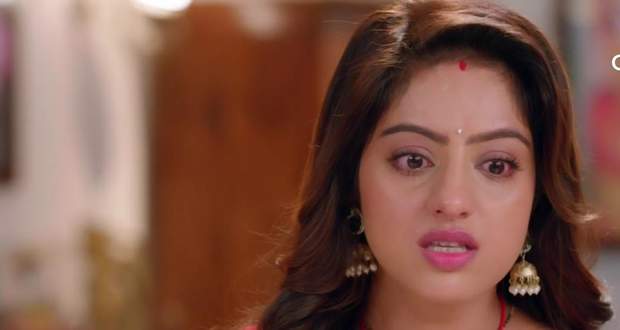 Today's Kawach 2 28 July episode starts with Sandhya’s father telling the truth about Saakshi. He reveals he lied to everyone about the second daughter being dead.

He gave the other daughter to some women and told her to never return. Vinayak (Sandhya’s father) tries to tell something but the light goes out and he goes missing.

Jolly Phuphaji comes to kill Vinayak but Angad catches him. Jolly reveals that along with the four of them, Vinayak was also involved with the restaurant.

He also reveals his whole plan about starting the fire and killing Kapil and his family. He further says Vinayak went to give money to Kapil.

Vinayak reveals his meeting with his second daughter, Saakshi and her outburst. Sandhya questions why Saakshi thinks she is the reason for her death.

Phuphaji starts to tell the reason but Kapil and Saakshi arrive (tellybest.com original written update). Saakshi says it’s time for Vinayak and Phuphaji to suffer. She tortures them while Sandhya requests to forgive her father.

Their powers get weak with the arrival of some priests chanting mantras. The priests get rid of the soul of Kapil first and Malini gets treated as well.

Saakshi decides to stay in the world and leaves their home. Sandhya gets sick and is rushed to the hospital.

The doctor reveals Sandhya is pregnant which shocks the couple. Sandhya’s mother gets Vinayak arrested for his crimes while Jolly Phuphaji is sent to a mental asylum.

Angad reveals to everyone that Sandhya is pregnant.

Upcoming Kawach season 2 episode update: Panditji reveals their child will be a challenge in Sandhya’s life.