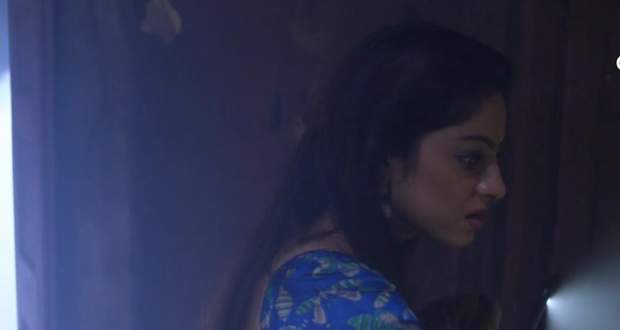 Today's Kawach 2 4 August episode starts with Sandhya visiting the police station and giving gifts to everyone. She meets her brother, Kartik and enquires about her son Prem.

Meanwhile, Usha is preparing for a huge marriage order. At the same time, Vinayak returns from the jail and Usha is not happy about it.

Usha says she will never forgive him. Later, Shobha reaches the office and finds out Sandhya has got a young achievers award.

Angad gets mad at Sandhya for making their daughter believe that Prem will come back. Sandhya gets upset with him for misunderstanding her feelings.

Aastha gets upset with her parents fighting and prays to God for bringing her brother back. Meanwhile, Kartik reaches at a crime scene where a guy is brutally murdered.

The place is Sakshi and Kapil’s old house where Prem is staying. (tellybest.com) He enters the haunted house and gets a feeling that somebody lives there.

He finds Prem’s shawl and calls out his name. He decides to come the next day in broad daylight to find him. Later, Prem is walking like an animal and stealing food for survival. He calls out for his mother and Saakshi comes to save him.

Kartik comes home and tells about Prem’s shawl to his family. In the morning, Sandhya and Aastha go out and come across Vinayak.

He shows the blanket of Prem and tells her about the house. Meanwhile, Sandhya’s brothers reach the haunted house and Sandhya also arrives there, leaving Aastha in the car alone.

Sandhya feels Prem’s presence in the house. At the same time, Aastha gets trapped in the car and calls out for her mother.

Upcoming Kavach season 2 episode update: Sandhya finds Prem and doctor informs her that he is not normal.