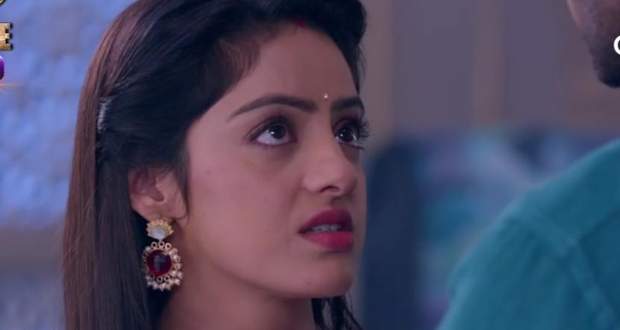 Today's Kawach 2 8 Sep episode starts with Dooby disappearing into thin air. They all wonder if Dooby has left and Rekha says he is very clever. They decide to stay in the temple.

They hear voices of Sandhya’s family members and Sandhya comes out of the temple with Shiva idol. Sandhya tells Kartik to go while Shobha tells Ankit to leave along with him.

Dooby again appears in front of them while Angad decides to talk to Dooby.

Dooby gets more powerful and Prem says he remembers what was written on the page. He makes the figure on a paper and Rekha deduces the way to kill Dooby.

Prem says Dooby is afraid of fire. Angad tricks Dooby and lights him on fire with the help of other family members.

Dooby disappears while Rekha, Malini, and Aastha get cured. Meanwhile, Bhau gets angry with Sandhya and declares he will use Angad against her.

Later, Sandhya tells everyone to leave to get saved from Bhau. Malini says they will fight against Bhau together.

Angad tells Ankit to take Aastha and Shobha to a safe place. Rekha says she will make a protection mark to stop evil powers from entering the house.

Angad feels someone’s presence outside the house and later gets dragged by someone. He returns in a dirty condition and acts a bit off.

Rekha tries to call Bhau again and they see a lot of crows outside the window. Later, Angad gets severe pain n his body while Sandhya hears a weird voice from her room.

Angad is turned in some evil creature and wakes up late at night. Later, Roohi sees scary yellow eyes under her bed and runs out of her room screaming.