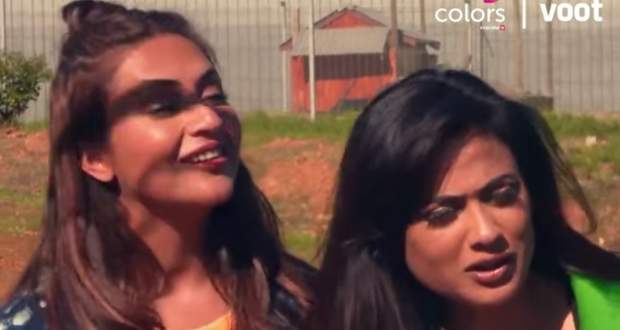 In the KKK11 first task, the pairs of contestants have to unlock the 6 locks while they get electrocuted upon touching the metal fence between them.

From the pairs, Rahul Vaidya-Vishal Singh and Arjun Bijlani-Mahek Chahal, the first pair wins and gets free from their Fear Fanda.

In the second KKK task between Aastha Gill and Anushka Sen, the contestant has to find the caps to the water knobs inside the snow box under six minutes while wearing dark goggles.

In the third KKK 11 task between Arjun, Mahek, and Anushka, the contestant has to go through 5 compartments having various animals by finding the keys and unlocking each compartment.

Arjun uses his K Medal benefits and makes Sourabh Raj Jain do the task instead of him.

Unfortunately, Sourabh completes the task with the longest time and gets eliminated from the show.