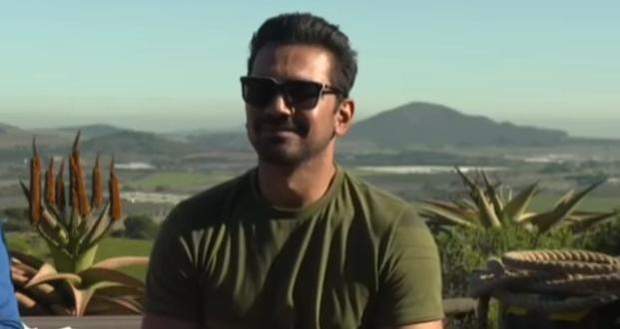 Rohit Shetty makes Nikki and Arjun do a funny task and pushes them into the pool while Vishal leaves with doctors due to an allergy.

From the participating contestants, Abhinav-Rahul aborts the task and gets Fear Fanda as a result.

In the second task, the contestants will have to make a rope bridge between the two hanging platforms and jump from there in fifteen minutes to win the task.

During the task, Nikki gets scared and doesn't even start the task making all the contestants disappointed in her as she and Vishal get Fear Fanda.

In the elimination task, both the contestants will be inside a box filled with roaches and monitor lizards and will have to transfer the keys through the mouth from one contestant to the other and open the lock.

In the last task, Vishal and Nikki lose the task by a difference of 10 seconds and hence are eliminated from the show.