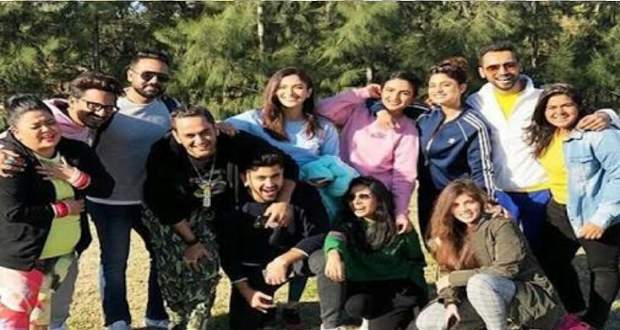 Today's KKK9 19 Jan episode starts with the elimination round.

The elimination round of KKK 9 was performed by Aly Goni, Anika Gor and Jasmin Bhasin outside Argentina's most horror house telephone booth.

Jasmin Bhasin became the winner of the task while Aly Goni gets in the danger zone and Anika Gor is evicted from season 9 of KKK.

The task of the day was performed by Ridhima Pandit, Sreesanth, and Puneet Pathak respectively.

The task was to put out the cockroaches from the body when tied to the bed.

Puneet Pathak wins the task. Sreesanth and Ridhima Pandit get the fear bands.

Task 3 was going underground which was performed by Zain Imam, Aditya Narayan, and Vikas Gupta respectively.

Task 3 was horrifyingly enclosed in a dark room full of pigeons. The task was performed in duo by Aly Goni, Jasmin Bhasin, and Bharti Singh, Haarsh Limbachiyaa.

Everyone laughs out while the duo perform.

© Copyright tellybest.com, 2020, 2021. All Rights Reserved. Unauthorized use and/or duplication of any material from tellybest.com without written permission is strictly prohibited.
Cached Saved on: Monday 29th of November 2021 12:59:33 PMCached Disp on: Wednesday 1st of December 2021 03:12:37 PM