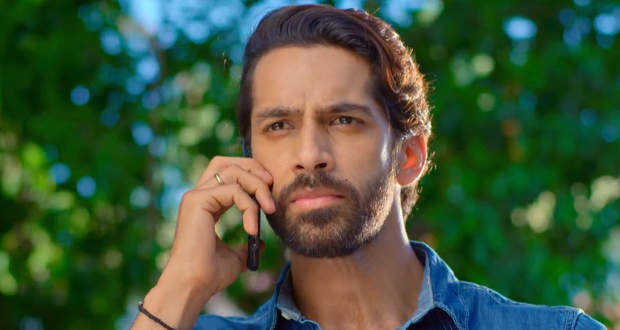 Today's Krishna Chali 21 May episode starts with Veer coming to the hospital. Krishna gets panicky on seeing Veer’s wounds. She questions him for bringing cops.

Veer says he didn’t have any other way to bring Mohan’s truth out. Krishna states to Veer that this is not the right time. Veer says this is his last chance.

Gaj comes there and gets angry on Veer. He advises Veer to walk away or else he will not spare him. The cops warn Gaj.

The cops bring one of the culprits’ of Mohan’s gang who will identify Mohan. The person refuses to recognize Mohan.

Veer questions the culprit for lying in front of everyone. Gaj asks Veer to walk out of the hospital. Radhey wakes up and cries for Krishna.

Shukla family gets delighted. Radhey recalls his London days. Krishna tells him that he is in India. Radhey blames Veer for hitting him with his car.

Radhey says he was taken to a secret place and then he became a victim of the train accident. Shuklain reveals everything of the past to Radhey.

Krishna faces a dilemma. She tells everything to Radhey’s psychiatrist. Krishna says she will complete Radhey’s health sessions.

© Copyright tellybest.com, 2018 & 2019. All Rights Reserved. Unauthorized use and/or duplication of this material without written permission from tellybest.com is strictly prohibited.
Cached Saved on: Thursday 6th of August 2020 02:56:16 PM