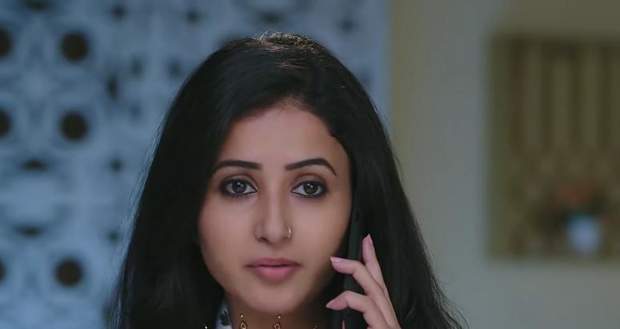 Today's Kuch Rang Pyar Ke Aise Bhi 3 10 September 2021 episode starts with Dr. Naira informing Dev and Sonakshi that Ishwari had come to meet her which shocks both of them.

Later, Dev talks to Ishwari and informs her about the therapy sessions while explaining the reason for them going there.

Elsewhere, the police inspector informs Elina and Vicky about the stalker and tells them to not worry as he is in custody now while returning the house keys which the stalker had stolen.

Elina hugs Vicky and tells him that she will delete all her social media while Vicky encourages her to do what she likes doing.

She further receives Sanjana's call from Dev's phone who informs about the work and the lunch they had together while complimenting the tofu she made.

She asks Dev about lunch and gets tensed seeing him lie and wonders why he didn't tell her about Sanjana.

The next morning, Sonakshi gets shocked seeing Dev in a cheery mood as he compliments her while she wonders why he is changed suddenly.

Elsewhere, Sanjana tells her friends that she'll start wearing blue from now on as Dev's favorite color is blue while her friend again reminds her of him being married.

Elina asks about the new designer from Vicky who describes her as beauty with brains.