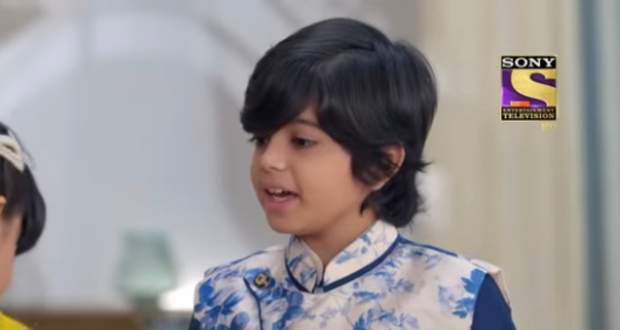 Today's Kuch Rang Pyar Ke Aise Bhi 3 11 August 2021 episode starts with Sonakshi trying to confront Ishwari regarding trying to bribe Suhana into tieing a Rakhi to Aayush but Ishwari tells her that they will talk about it later.

Dev's sister comes and greets everyone while informing them that Neha will not be able to make it.

Later, the celebration starts, and sisters tie Rakhi around their brother's wrists one by one.

Sonakshi's brother reveals to her that he found their mother's poetry and composed a book from it which he has published.

He further gives them the first copies of the book and they have an emotional moment while Mami comments to Ishwari that they did the ritual by giving a cheap book.

Sonakshi tells Suhana to tie a Rakhi to Aayush's wrist too while she recalls Golu telling her that she will have to share her parents with Aayush if she ties a Rakhi to Aayush and makes him her brother.

She makes an excuse of going to the washroom and leaves while Dev goes after her and manages to convince her to tie a Rakhi to Aayush.

However, she again gets influenced by Golu's words and misbehaves with Aayush after which Dev tries to diffuse the tension.

At night, Dev and Sonakshi happily about how their day went by smoothly and romance.