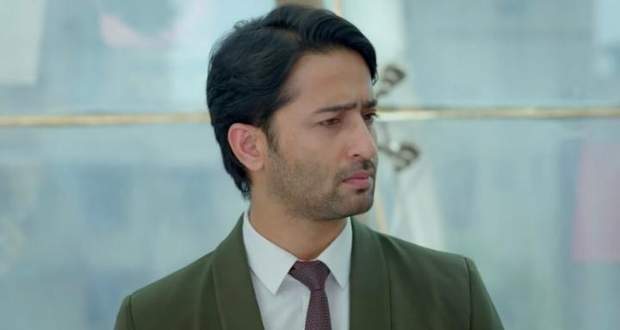 Today's Kuch Rang Pyar Ke Aise Bhi 3 12 July 2021 episode starts with Sonakshi getting ready for the office and readying her kids for school while she talks to her father.

At the brunch party, Natasha asks them why they didn't celebrate their anniversary and Dev says that they are above those things.

They play dumb charades and Dev is not about to guess the film which Sonakshi tries to tell him which irritates him.

Later, Dev and Sonakshi are going back where they notice a car speeding by and getting into an accident.

A boy sees the man being taken in a stretcher and tries to run after calling the man his father.

The next morning, Dev reads about the accident and shows the news to Sonakshi.

In the evening, Sonakshi is unable to handle the kids and tries to contact Dev but is unable to.

Meanwhile, Dev gets a call from the hospital and is informed that a patient named Rahul is asking for him.

Dev meets Rahul who informs him that Suhana is not his daughter as he had swapped their children as Sonakshi had given birth to a boy.

He reveals that he is raising his son and has named him Aayush.

Dev refuses to accept the truth while Aayush comes there and Rahul introduces him to Dev.

© Copyright tellybest.com, 2020, 2021. All Rights Reserved. Unauthorized use and/or duplication of any material from tellybest.com without written permission is strictly prohibited.
Cached Saved on: Thursday 27th of January 2022 01:34:32 PM