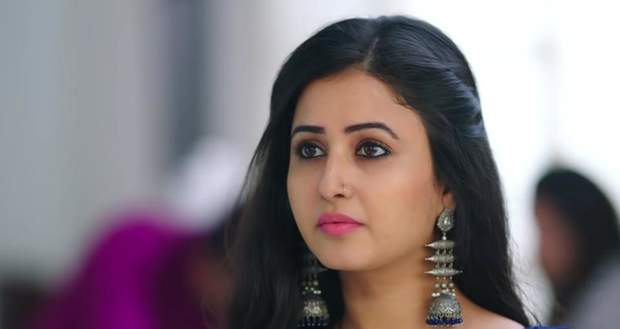 Today's Kuch Rang Pyar Ke Aise Bhi 3 14 September 2021 episode starts with Sonakshi apologizing to Dev while he confesses his love for her.

Elsewhere, Sanjana tells her friend that Dev loves her and calls Dev to help her with the secretary of the society in which she has rented a flat to verify her workplace.

Later, Sanjana tells her friend that Dev left her wife and came to help her but gets shocked to see Vicky while Dev calls her and tells her that Vicky will help her as he is a good friend of the secretary as reminded by Sonakshi.

The next day, Dev, Sonakshi, and the kids are having a good time while Sanjana calls him and tells him to come to the office early due to a meeting and he leaves.

Sonakshi gets suspicious of Sanjana's behavior and gets doubtful of her intentions.

Elsewhere, Bijoy sees Zenin with injuries and tends to him making him emotional while he sees a call from someone and leaves in a hurry.

Meanwhile, Sonakshi asks her friend about the meaning behind a girl gifting something to a man while he tells her that it means that the girl might like the guy making her even more worried.

Dev completes his meeting and finalizes the deal while Sanjana congratulates them.