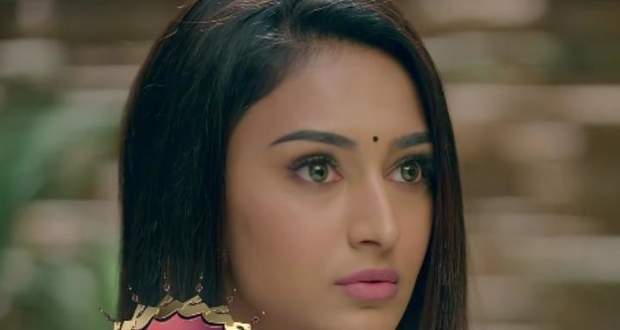 Today's Kuch Rang Pyar Ke Aise Bhi 3 15 July 2021 episode starts with Dev talking to Ishwari and her suggesting him to bring Aayush home immediately as he is their son.

He goes to Aayush's home and helps his uncle. Uncle starts crying and saying that he talked to Aayush but he refuses to accept the truth and has locked himself in his room.

Dev goes to Aayush and tells him that he just learned that he is his father but Aayush says that his father is dead.

Dev tells him the truth but Aayush asks him how he can accept that it is the truth.

Later, Dev bids goodbye saying that he will come with Sonakshi to take him the next day.

The next day, Sonakshi and Dev are at Aayush's house where Aunty tells her that Aayush doesn't like salted peanuts. Sonakshi remembers her talk with Ishwari and how she also didn't like peanuts during her pregnancy.

On their way home, Sonakshi tried to talk to Aayush and feels awkward as he asks her if he can dress her as aunty.

They reach home and Sonakshi tells Dev to call Ishwari as everything should be normal inside the house.

However, Ishwari opens the door and gets shocked seeing the house decorated as Ishwari starts calling Aayush Dev's son and praises him.

© Copyright tellybest.com, 2020, 2021. All Rights Reserved. Unauthorized use and/or duplication of any material from tellybest.com without written permission is strictly prohibited.
Cached Saved on: Thursday 2nd of December 2021 11:35:08 AMCached Disp on: Monday 6th of December 2021 08:38:07 AM