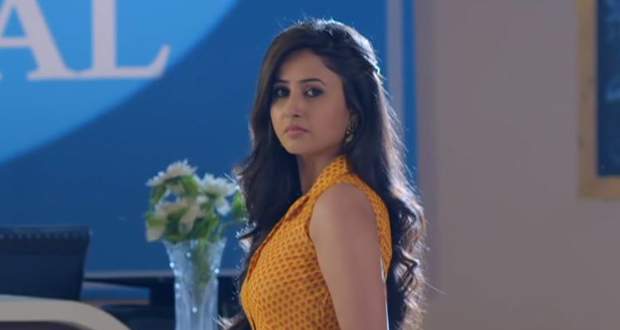 Dev tries to console her and assures her that he has talked to the best doctors and they'll cure her father.

On the other hand, Sanjana is celebrating the success of her plan.

At Dev's house, Neha tells Ishwari that Dev had called and informed them that Bijoy's situation is serious.

Later, Sanjana calls Neha and asks her about Bijoy's condition. Neha informs her that Bijoy is critical but the doctors are still hopeful.

Sanjana gets furious and goes to the hospital.

At the hospital, Sanjana shows sympathy towards Sonakshi but Dev asks her to leave as only family members are allowed in the hospital.

Later, Neha requests Dev to come home as the children are not eating anything. Sonakshi asks Dev to go home and says she'll be fine.

Sanjana sees Dev going home and thinks that this time she'll not make a mistake instead make sure Bijoy is dead.