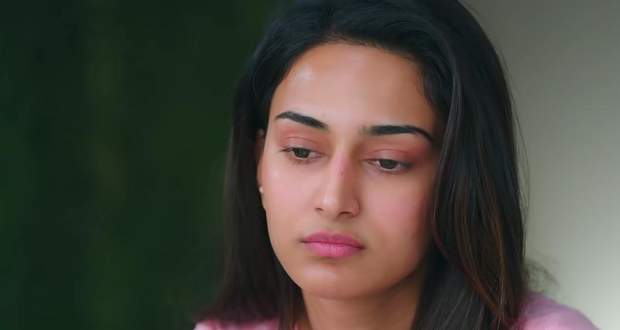 Today's Kuch Rang Pyar Ke Aise Bhi 3 15 September 2021 episode starts with Vicky telling Dev to arrange a party for the success of their deal while Sanjana offers to manage the party.

Sanjana tells her behavior during a party while Vicky voices that it is the same as Dev's who agrees and they plan on the theme being Bollywood 90's.

At home, the kids request Dev to spend the night with them while he apologetically declines to say that he and Sonakshi have to attend an office party.

Dev surprises Sonakshi with the costumes of Rahul and Pooja from the movie Dil Toh Pagal Hai while Sanjana tells her friend that she has coordinated the costume according to Dev's costume saying that she wants him to figure out her feeling for her.

Later, Sanjana gets mesmerized seeing Dev dressing up as Rahul and gets happy that she perfectly coordinated with his costume.

Dev goes to her and thanks her for organizing the fabulous party while she thinks that Sonakshi is not coming and gets happy.

However, Sonakshi comes there dressed as Pooja and Dev goes to bring her making Sanjana jealous.

Sonakshi is having drinks with Elina and Natasha while Sanjana tries to sabotage her costume by bumping into her but fails.

Further, she talks about her costume being inspired by Nisha which makes Sonakshi uncomfortable and she leaves.

Sonakshi gets shocked seeing Jatin while Dev thanks him for supporting Sonakshi for the last 7 years when he was not there while Sanjana overheard their conversation.