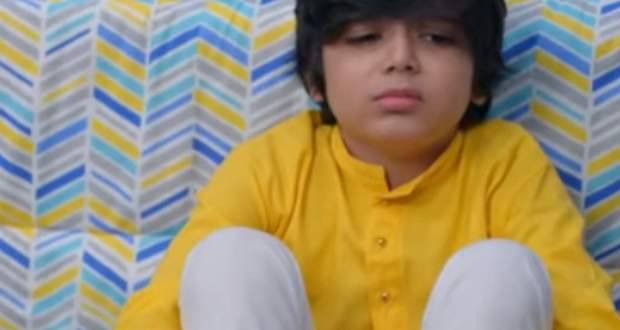 Today's Kuch Rang Pyar Ke Aise Bhi 3 16 August 2021 episode starts with Dev telling Ishwari that Sonakshi is upset with both of them.

Dev comes to Sonakshi's house to take her back home but she refuses to return.

Sonakshi says that only wives have to accept their husband's family as their own.

She also tells that Ishwari and Dev only care about each other and no one else.

Dev feels sad and asks Sonakshi to come back home only after she clears her misunderstandings about him and his mother.

Later, when Dev returns home, he sees that all the three children are talking to Sonakshi on the video call.

Sonakshi tells them a story and they all go to sleep.

The next morning, Ishwari calls Ayush by the name Ved. Dev tells Ishwari that as per Ayush's wish, his official name has been changed to Ved Ayushman Dixit.

Later, Ishwari tells Dev to ask Sonakshi to come back home. She also prays to God for Dev's happiness.