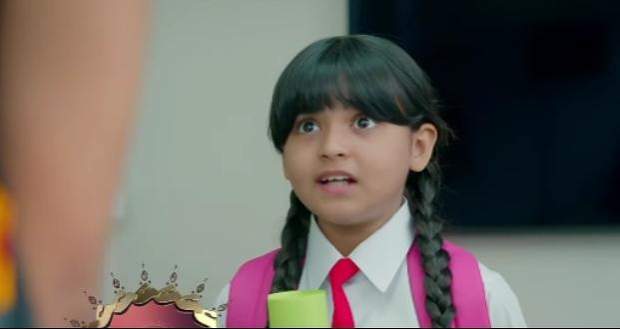 Ishwari tells Sonakshi that she wants to show her something and shows another bed in Suhana's room. Sonakshi gets angry and says that Suhana won't like it as she is possessive of her things.

Suhana comes home and asks her parents why there is another bed in her room. They lie that Aayush is their friend's son and that he will stay with them.

Later, Ishwari pressures Aayush to eat and he suddenly starts eating while Suhana looks on.

Suhana leaves and Sonakshi notices the partiality Ishwari is doing while remembering her saying that she will not differentiate between Suhana.

Later, Suhana tries to talk to Aayush but he doesn't speak to her when she tells him to not touch her toys and things.

At night, Aayush dreams of his father and wakes up. He goes out of his room and accidentally breaks a vase.

Dev picks up the glass pieces while Sonakshi notices Ishwari leaving Suhana's hand and going to Aayush. Dev puts Aayush to sleep and later scolds Sonakshi as to why she didn't go to Aayush and just stood there frozen.

Sonakshi goes to see Aayush sleeping and starts crying while remembering her moments with Suhana.