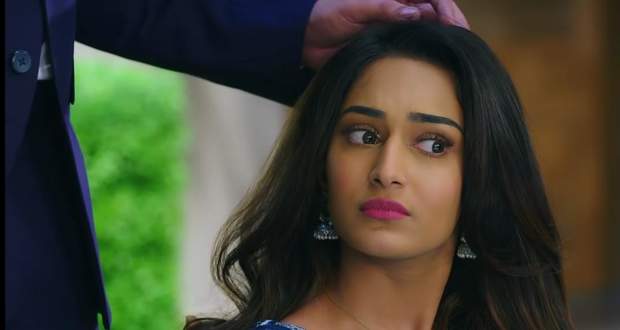 Elina tells Sonakshi to be careful of Sanjana as her intentions might not be clear.

Elsewhere, Mr. and Mrs. Varma come to Dixit's house shocking Ishwari who warmly welcomes them to the kids party while Suhana reveals that she called them to surprise Aayush.

Dev dedicates his speech to Ishwari and Sonakshi while Sanjana tells her friend that she strives to receive the same love from Dev.

Later, the host announces that the ladies will find out their dancing partners by playing a game of darts and Sanjana gets to dance with Dev making Sonakshi uncomfortable.

Dev asks Sanjana about her boyfriend while she tells him the story of her past love while he sympathizes with her.

Jatin sees Sonakshi looking towards them and asks if she is getting jealous while they and she tell him that her sixth sense is giving her an uncomfortable feeling about Sanjana.

Later, Sonakshi accidentally drinks a cocktail instead of juice while Jatin tries to test Sanjana and goes to talk to her.

The MC announces a game in which the employees have to answer questions related to Dev amd the winner will get a prize from Sonakshi.