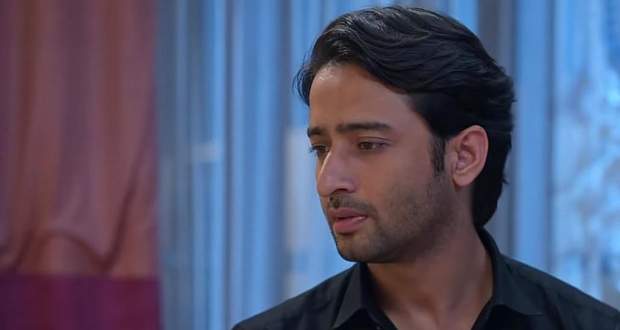 Sonakshi's father tells her that she is smart enough to understand what she should do next.

Meanwhile, Dev is not able to concentrate on his work in the office.

Later, Ayush(Ved) requests Ishwari to allow him to make something to eat by himself. Ishwari hesitates for a while but agrees to let him cook.

Ishwari notices that Soha and Ayush are missing their mom. She decides to go to Sonakshi's house and bring her back.

Suddenly, to everyone's surprise, Sonakshi enters the house. Sonakshi tells that she has come to take her children with her.

Dev and Ishwaristops her from taking the children with her. Sonakshi stays firm about her decision. Mamaji tells Sonakshi that she can do anything she feels right but requests her to listen to what he wants to say.

Later, Ishwari comes to talk to Dev and tells him that whatever she does is for the well-being of the family.

Meanwhile, Dev is worried that will Sonakshi understand their point of view.

© Copyright tellybest.com, 2020, 2021. All Rights Reserved. Unauthorized use and/or duplication of any material from tellybest.com without written permission is strictly prohibited.
Cached Saved on: Thursday 2nd of December 2021 12:49:50 AMCached Disp on: Monday 6th of December 2021 02:18:16 AM