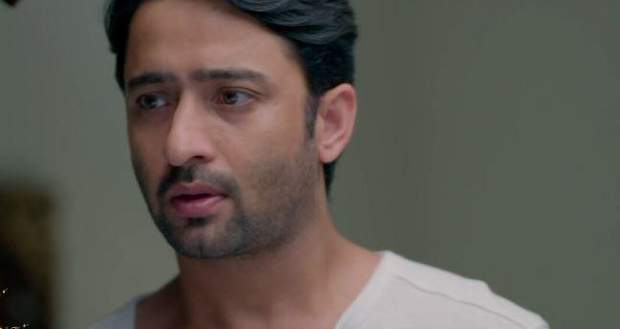 Meanwhile, Dev tries to interact with Aayush and gives him a Rubix cube.

Sonakshi talks to her friend about her problems and recalls last night's incidents.

Elsewhere, Mami doubts about the baby switching things while Dev tries to give her the proof.

Aayush overhears Mami suggesting Dev get a DNA test done and that Aayush is not his son.

Ishwari scolds Mami and says that she has accepted Aayush as her grandson.

Dev tries to talk to Aayush but he tells her that he is not his father and Dev agrees.

He tries to be friends with Aayush but Aayush leaves without saying anything.

Meanwhile, Sonakshi talks to her father and brother where she gets emotional and says that she misses her mother.

Dev gets happy seeing Shubh and Aayush playing while he gets a call from Mr. Sharma who requests him to meet Suhana once.

Later, Sonakshi comes home and Dev argues with her and tells her to spend time with Aayush in her free time.

© Copyright tellybest.com, 2020, 2021. All Rights Reserved. Unauthorized use and/or duplication of any material from tellybest.com without written permission is strictly prohibited.
Cached Saved on: Monday 17th of January 2022 10:03:30 AM