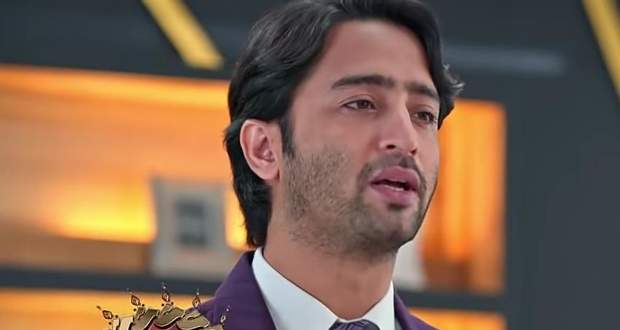 Later, Sanjana is talking to her friend about there being a taxi strike while Dev sees her and offers to give her a ride.

Meanwhile, Bijoy and Saurabh argue regarding Sonakshi's room being rented out while she calms both of them and leaves saying she has to get things for children.

Dev and Sanjana are listening to the cricket commentary while his car stops all of a sudden.

He gets down from the car and checks the tires while asking Sanjana for the scores as Sonakshi sees them and wonders if Elina's advice is true or not.

Elsewhere, Radha shows the AI Anita to Ishwari and asks her about Dr. Navya Anand and gets mad after finding out that she is a marriage counselor thinking Sonakshi took Dev to a doctor for mental illness.

He teases her saying she looks cute when she's jealous while she leaves telling him that she made Samosa Chaat for him.

The next morning, Aayush and Suhana prank Golu bit he gets upset and tells Suhana that he will not talk with her.

Later, Sanjana is talking about new designs with Dev which she sees the picture of his family in the laptop's wallpaper and gets shocked.

© Copyright tellybest.com, 2020, 2021. All Rights Reserved. Unauthorized use and/or duplication of any material from tellybest.com without written permission is strictly prohibited.
Cached Saved on: Monday 17th of January 2022 09:27:32 AM