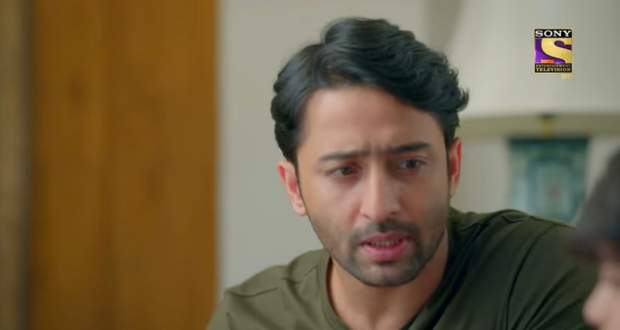 Suhana talks to Golu about Aayush and they decide to name him Pie.

Elsewhere, Elina encourages Sonakshi and tells her that as long as Dev is with her she can handle everything.

However, Sonakshi recalls her growing distance from Dev and gets upset.

However, Suhana and Golu leave Aayush and go to play in the garden.

Elsewhere, Dev talks about his problems with Mama.

Later, the family is sitting and talking about Elina's beauty blogging comments and Dev comments on love after marriage which Sonakshi doesn't like.

At night, Sonakshi tries to romance Dev but he gets busy at work.

The next day, Dev and Sonakshi take Suhana to a cafe where they meet Mr. and Mrs. Sharma.

At home, Dev gives Aayush ice candy and surprises him by saying that it is also his favorite one.

However, Suhana sees them and leaves getting upset.

© Copyright tellybest.com, 2020, 2021. All Rights Reserved. Unauthorized use and/or duplication of any material from tellybest.com without written permission is strictly prohibited.
Cached Saved on: Monday 3rd of October 2022 11:48:26 PMCached Disp on: Friday 7th of October 2022 02:47:39 PM