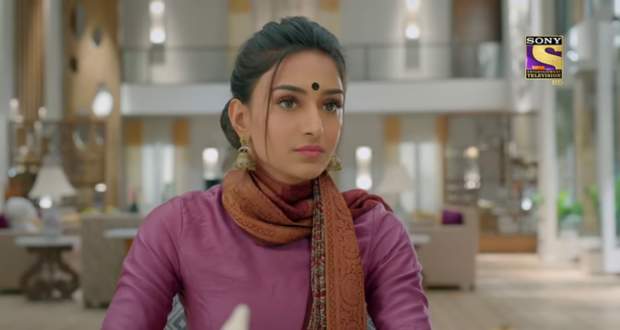 Today's Kuch Rang Pyar Ke Aise Bhi 3 22 July 2021 episode starts with Aayush going with Dev and Sonakshi to meet Mr. and Mrs. Sharma but Ishwari stops them saying that she has kept a Pooja for Aayush and that they cannot go.

Further, Aayush talks to them in a video call and addresses Ishwari as a strict aunty while Dev tries to explain it to him about the situation.

The priest asks for the name of the child's parents and Aayush is about to take Rahul's name but Ishwari immediately takes Dev and Sonakshi's name.

Suhana gets angry and leaves the pooja while Sonakshi worries for her.

Later, Ishwari tells Dev that he must tell Sonakshi to balance between Aayush and Suhana as she is their mother.

However, Dev says that Sonakshi might need time to connect with Aayush which doesn't fit well with Ishwari.

In the car, Dev tells Sonakshi to come home early to spend time with Aayush but she says that she has work which irritates Dev.

In the office, Sonakshi shares her problems with Jatin while he tries to find solutions for her.

Elsewhere, Dev thinks about his family problems while Vicky comes there and asks him why he is distracted.

© Copyright tellybest.com, 2020, 2021. All Rights Reserved. Unauthorized use and/or duplication of any material from tellybest.com without written permission is strictly prohibited.
Cached Saved on: Tuesday 28th of September 2021 06:37:19 AM